5 clever game mechanics in Breath of the Wild 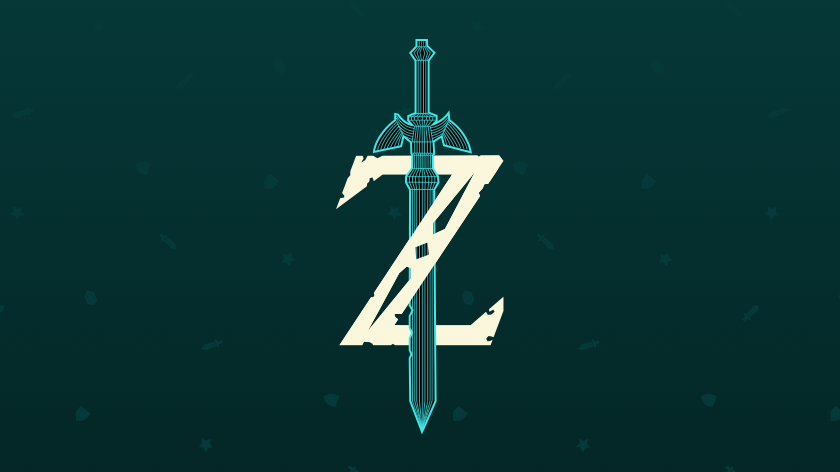 Like many people, I’ve been constantly playing Breath of the Wild. Besides the massive map and the creative challenges and puzzles, there are also dozens of micro interactions that suggest just how considerate the creators were when making the game. Recently, I’ve been focusing on how the game conveys information and the mechanics designed to push the player through the world. 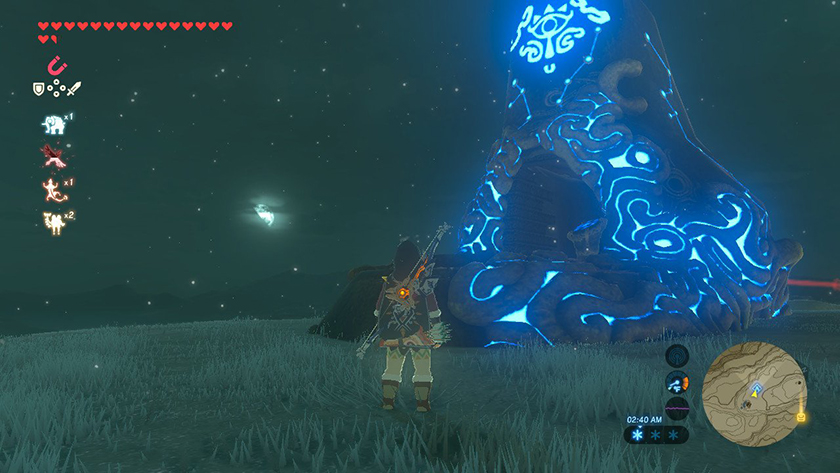 Shrines are puzzle dungeons - solving one rewards you with an item that can be exchanged for additional health & stamina. They are sprinkled all over the map. When roaming, players can turn on detection which emits an auditory ping as you approach a shrine. This feels a bit like sonar but instead of just increasing frequency it achieves a sort of heartbeat rhythm once you are close enough to the correct location. This distinction feels human and tactile, and once you discover your target, it is oh so satisfying. Using audio to navigate also forces the player to rely on a sense other than sight, making the experience more immersive. 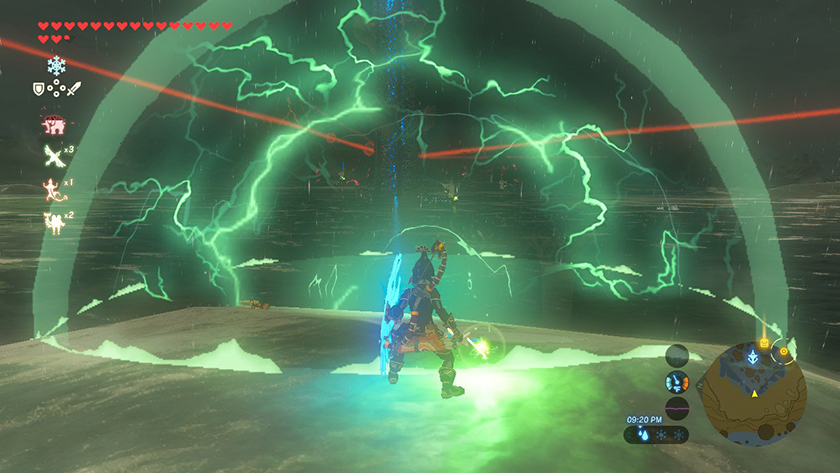 The weather feels real in BOTW. It can change on a whim and can be geographically specific (i.e. certain areas are more likely to have rain or snow). Lightning storms are pretty common and operate with physics familiar to players. Before a lightning strike, any metallic items equipped will begin to emit sparks; prompting the player to remove the metal objects or find cover. As a result, the player roams the map with a heightened awareness of changes in the weather. Suddenly the game feels more realistic, relatable, and a bit more terrifying. 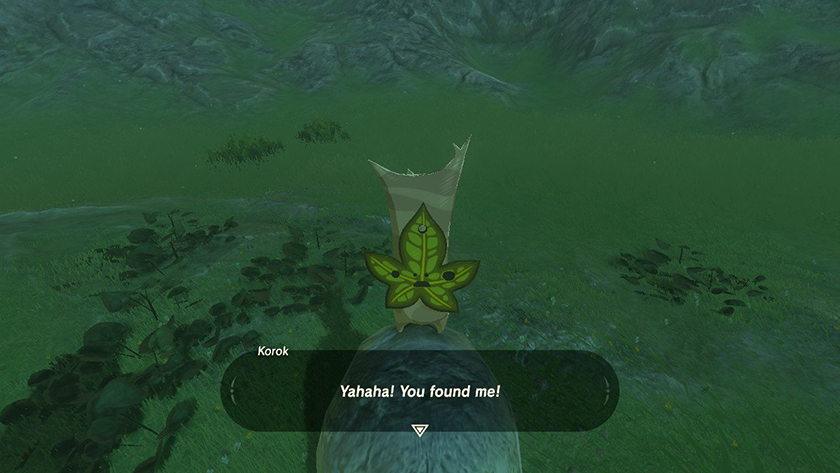 Koroks are little creatures that when found, reward you with a seed. Seeds can be exchanged to increase the amount of inventory you can hold. They hide in similar settings like: beneath rocks, atop unique structures, hidden in a puzzle, etc. This mechanic rewards vigilance in a manner that is contextual and immediately able to communicate its worth. More Koroks = more weapons to hold = more prepared for battles. 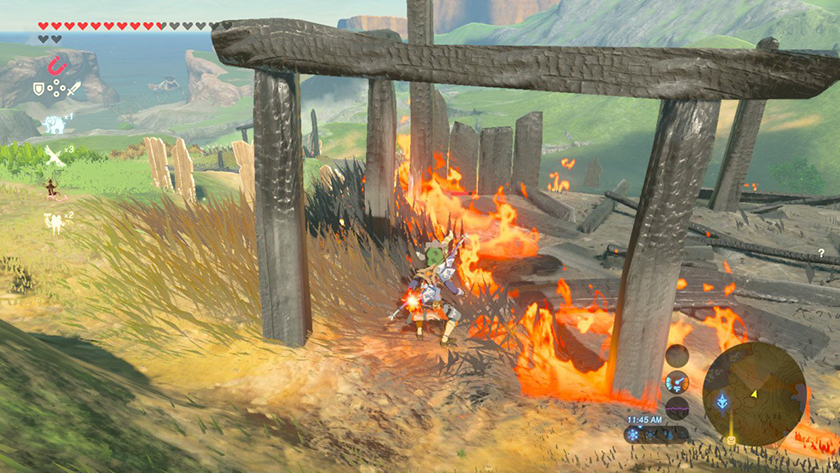 Fire is useful, just as it is in the real world. It can be used to cook, making food more flavorful and nutritious. It can be used for warmth, which is a must when dealing with cold temperatures. And it can be used for destruction, which is a useful way to inflict damage. By operating in this way, the player doesn’t need to re-learn foreign mechanics - the world is manipulatable and reactive in a way that is expected. 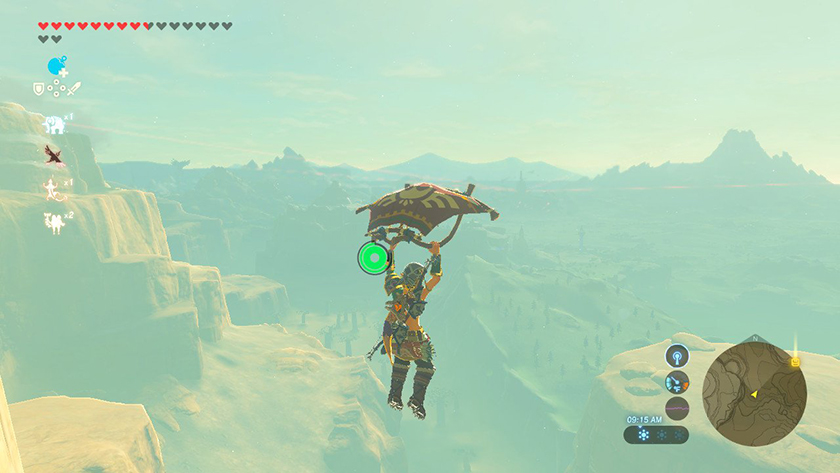 The glider is a tool acquired early on in the game and allows the player to fly. What I really enjoy is that the glider is only as useful as how high you’re able to get. The gameplay promotes this idea that in order to explore a large swath of ground, you have to climb objects. Suddenly the player is looking for the tallest object in the skyline because the reward is instantly knowable; the higher up you get, the further you can explore, the more of the map you can uncover.

What I find interesting in game mechanics is that designers have the opportunity to reward their users in contextual ways. This concept doesn’t necessarily translate to something like user interface design or tools that promote a certain workflow - but maybe it could? That might be something to cover in another post - for the time being, I’ll continue to bask in the awesomeness that is Breath of the Wild.