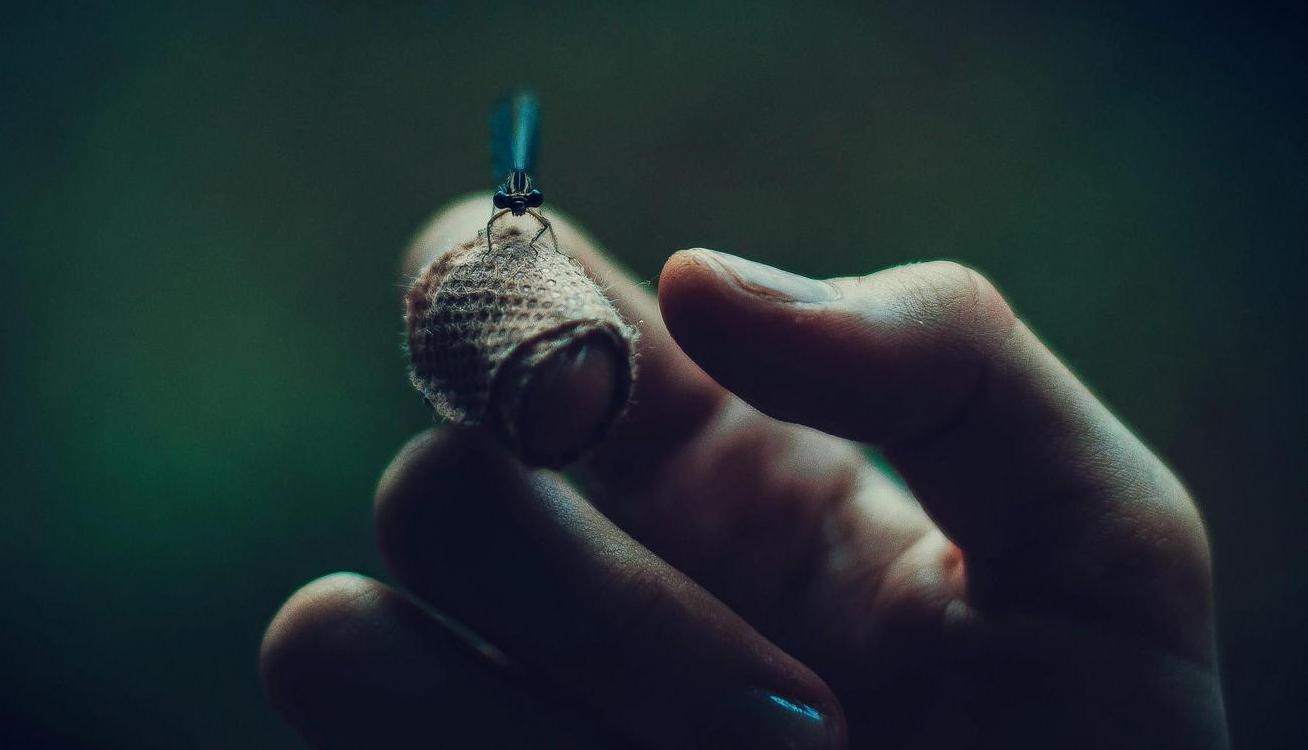 This is the tale of cool bugs.

Working on BlockScout for POA Network, we’ve moved beyond indexing just POA Network’s core and test chains and started to test that BlockScout can index Ethereum Mainnet and Ethereum Classic (ETC). The goal of BlockScout is to have an open-source alternative to the closed-source Etherscan that the majority of the Ethereum ecosystem is currently dependent on.

While testing against Ethereum Classic, we ran into a bug where the part of the Indexer OTP app, Indexer.InternalTransactionFetcher kept timing out on a GenServer.call.

Because of the awesomeness that is OTP supervision trees, these timeouts weren’t killing the app. The timeouts were however making the indexing very slow. This part of the tree had to restart, try again, make some progress, and then hit timeouts again.

Tracing the code, the following line in the stacktrace:

Internally, the timeout is used for this GenServer.call:

When the call is received in the server it buffers the entries by appending them to the state’s current_buffer:

This is a simple append to a list, which is fast, so the only thing that could take a lot of time is if there is too much data being transferred between processes.

However, it could also be that the handle_call/3 is not even called yet and instead, the InternalTransactionFetcher is too busy doing something else. More investigation is needed.

At this point, I couldn’t be sure if the GenServer.call never returned or if it just took longer than 10 seconds to return. To determine which was the case, I turned on tracing. The InternalTransactionFetcher is a callback module for BufferedTask, which is built on top of GenServer. GenServer supports :debug options to turn on :sys.trace when the GenServer is started. We can actually allow these to be passed when the BufferedTask is started as a worker, but we needed to allow all GenServer options to be passed through.

At this point there were 3 paths forwards:

Why 10 seconds wasn’t good enough wasn’t obvious to me since it should involve a simple copy of a list over a GenServer.call message, so I didn’t feel like (1) would cause the actual root problem. I was too worried about (2) leading to mailbox flood as it would remove backpressure. That left (3): figure out why InternalTransactionFetcher needs more than 10 seconds. It was the harder path, but better long-term.

I couldn’t remember how to configure tracing of calls to get call timing stats, so instead, I decided to use :eprof. Completely unexpectedly, erlang:send/3 took the most time!

Determining the cause of the slow send was going to be difficult though, because Indexer.TaskSupervisor was a Task.Supervisor used for all Tasks in Indexer, not just for Indexer.InternalTransactionFetcher’s Tasks. I decided to restructure the supervision tree, so that each “fetcher” that spawned Tasks would have its own Task.Supervisor and I would be able to attribute memory usage to specific fetchers and ensure that other fetchers weren’t slowing down Indexer.InternalTransactionFetcher talking to Indexer.TaskSupervisor. 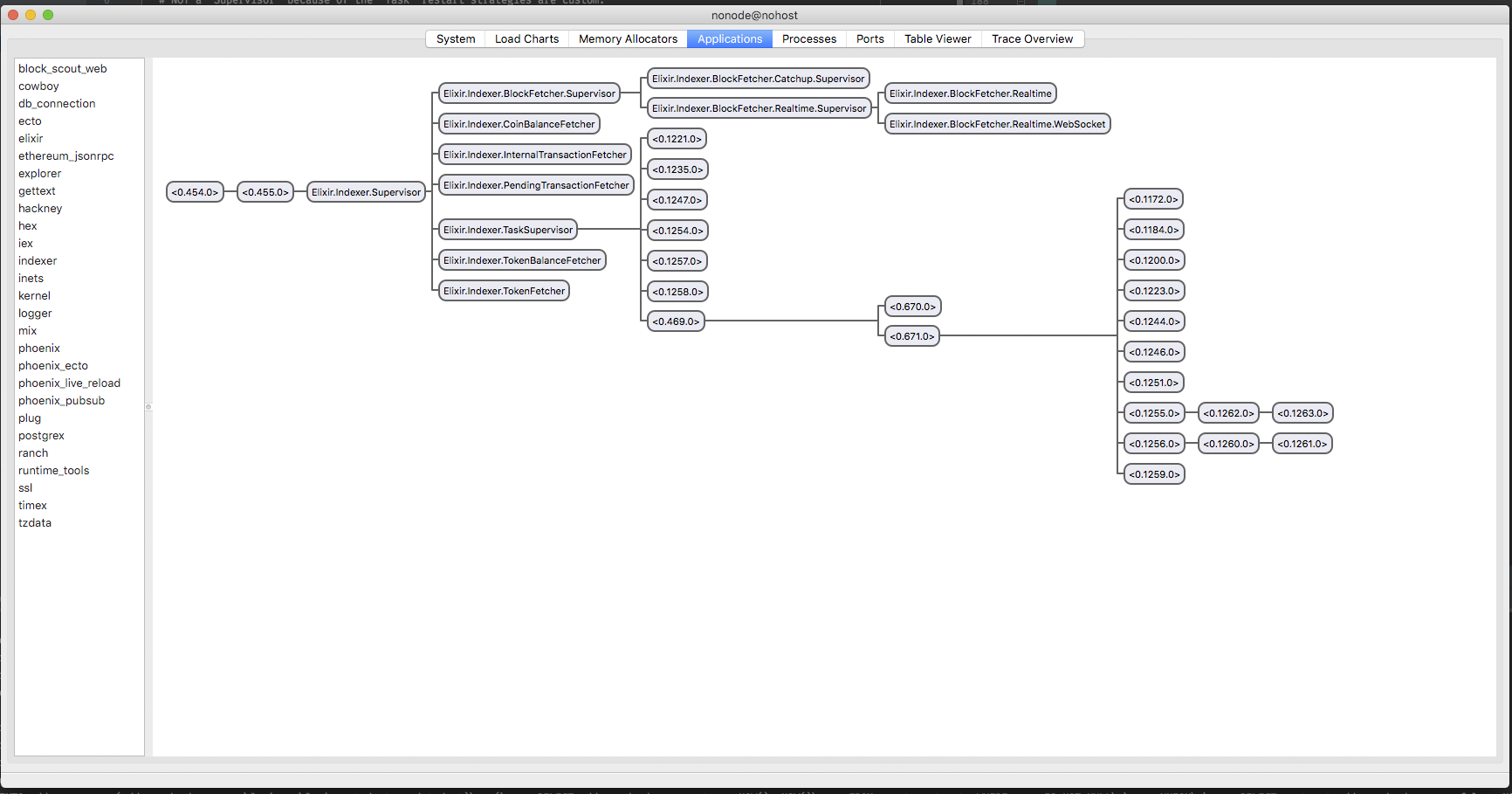 When there are performance issues, the easiest thing to do with :observer:

I had no idea why Indexer.InternalTransaction.TaskSupervisor should really have any noticeable amount of memory, since each Task it is supervising should be a batch of only 10 JSONRPC requests. I added some print statements in Indexer.InternalTransactionFetcher and Indexer.BufferedTask and they both showed just 10 JSONRPC requests of reasonable size.

Grasping at any efficiency problems I could, I was thinking it might be a problem with REFC binaries, because we’re using a lot of JSON parsing. However, it was unlikely that the library would have a leak problem like this, as it would have affected other people as well. That left a problem with how data was transferred to the Task.Supervisor, so I checked the Erlang Efficiency Guide’s Processes chapter for something we were doing wrong.

I was drawn to the Loss of Sharing section

Shared subterms are not preserved in the following cases:

So my hypothesis was that the batches had shared subterms that were getting duplicated. We also were using Task.Supervisor.async_nolink/3 with an anonymous function.

I was worried this anonymous’s closure was somehow leading to the memory bloat — that it was grabbing too much from the Indexer.InternalTransactionFetcher as the environment for the closure — so, I decided to switch to Task.Supervisor.async_nolink/5.

I fixed the bug, but I wasn’t satisfied: I wanted to know why using a closure led to such problems. Thankfully, on the BlockScout project, POA Network also hired Plataformatec to work on another section of the application, so I could ask José Valim to explain why this bug happened.

So, the root cause of the bug and the memory leak was because Indexer.BufferedTask extracted the callback_module and callback_module_state fields from state inside of the anonymous function. The entire state of the Indexer.BufferedTask was captured by the closure. That state contained the entire :queue of future work, so every time Indexer.BlockScout.spawn_next_batch was sending a batch of 10 requests to the Task.Supervisor it was also copying the entire queue of all the future work too.

You can detect this type of problem by using :observer:

But, at the very beginning this can all just appear as a simple proximate cause:

Once the changes were in, I could see that memory usage for the Task.Supervisor and message queue length were all fixed, which fixed the timeouts in the original bug, but what I wasn’t expecting was the speed improvement. Andrew Cravenho from POA Network reported that he was able to index all blocks on POA’s Sokol test chain in 1 hour. Our previous best time was 5.5 hours a few months ago when the chain was shorter, so not only did we eliminate timeouts, queues, and memory leaks, we made the overall performance 5x faster.

This bug was in the project for almost its entire history, but it never became a problem until we tested against a specific dataset (Ethereum Classic) that made the problem bad enough to trigger timeouts. Even if you don’t have timeouts, it is still worth checking in :observer to see if you have any processes that are an outlier for memory or MsgQ they may indicate a hidden bug in your code that OTP is compensating for.